As Northern Ireland’s Year of Food & Drink continues, one local wholesaler has gone back to its market roots to celebrate the month of ‘Heritage and Traditions’ this March.

John Agnew, Henderson Group Chairman and Grandson of John Henderson, the founder of Henderson Wholesale, a company owned by the Group, returned to St. George’s Market to recreate his Grandfather’s stall, from which he operated his wholesale business in the early 1900s.

John Henderson started selling butter, cheese and eggs from his market stall in 1897, and moved from his premises on Royal Avenue to the traditional covered markets of St. George’s alongside many other wholesale dealers a few years later.

Mr Henderson sold the products that he had sourced from local dairy farmers here. 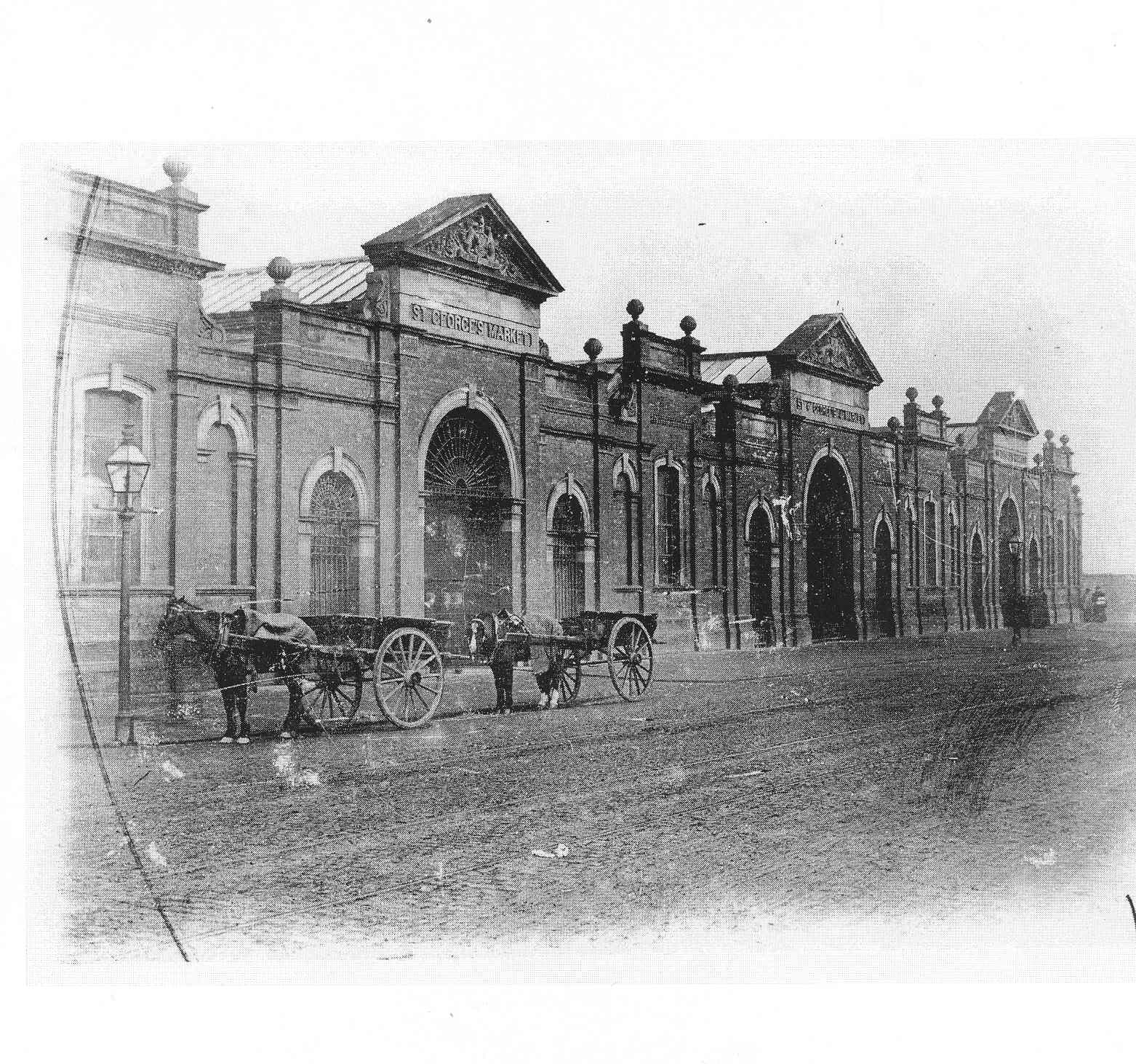 Today, 75% of Hendersons fresh produce is sourced here and sold through the SPAR, EUROSPAR, VIVO and VIVOXTRA brands that the Group owns in Northern Ireland.

To celebrate Hendersons return to St. George’s Market, local chef and SPAR brand ambassador Paula McIntyre will be cooking up samples with Mr Agnew for market goers to enjoy on Friday 25th March 2016.

Returning to the spot where his Grandfather had early success with the business was reflective for Mr Agnew, as he looked back at the heritage of the company as a whole.

He commented; “John Henderson was my mother’s father, I am named after him and am proud to continue to be involved in the business through my role as Group Chairman.

“Hendersons heritage is never forgotten, nor taken for granted. We are a local company that will always support local workers, farmers, suppliers and producers, and that will continue into our future legacy. Heritage is an important part of Northern Ireland, and I’m delighted to be able to share ours this March during Northern Ireland’s dedicated Year of Food & Drink.”

Lucy Cairns from Food NI, who joined Mr Agnew on his return to the Market, added; “It was lovely to meet Mr Agnew and hear about the heritage Hendersons has here in Northern Ireland and at St George’s Market. We’re delighted the company is backing the Year of Food & Drink, especially during this month of Heritage and Traditions. We will be down at the Market on Good Friday to sample some of the great local produce the company supports, cooked up by Paula McIntyre.”

Paula McIntyre will be situated by the clock in the Market, and will be using the same produce John Henderson sold during his market days; butter, cheese and eggs, amongst the many other products the company offers its retailers and customers today.

Paula commented; “Hendersons is a huge supporter of local food suppliers and I am delighted to be part of this one-off event, celebrating their heritage in Northern Ireland alongside the fabulous traditions and heritage of our local food. I look forward to cooking up some recipes for market visitors to sample, using our fantastic local ingredients alongside enjoy local eggs collected in Ballymena by Ballygarvey Eggs and enjoy local cheese and butter from Dale Farm.”

To learn more about Henderson Group’s history, visit www.henderson-group.com. Visitors to St. George’s Market on Friday 25th March can sample local food from Paula McIntyre from 10am – 11am.