As the sun went down over Yantai Wine Bay in Shangdong Province the stage was set and the 20th Gourmand World Cookbook Awards took place last night (09/06/2015).  205 countries were present with many sending their Ambassador to China to the Awards, some countries sent their Presidents.  Corporations, writers, publishers, printers and photographers were all present, and Northern Ireland for the first time ever was listed as a country at the awards as a food writing place.  Needless to say, Team NI did hugely well.

The Awards were set up by Mons Edouard Cointreau 20 years ago to honour those who “Cook with Words” and they are the biggest and most respected awards in the global food, wine and food TV publishing world.  To give a little idea of the size and success of NI, Delia came third in her category.  None of the other ‘celebrity chef’s’ in the UK even made the short list. 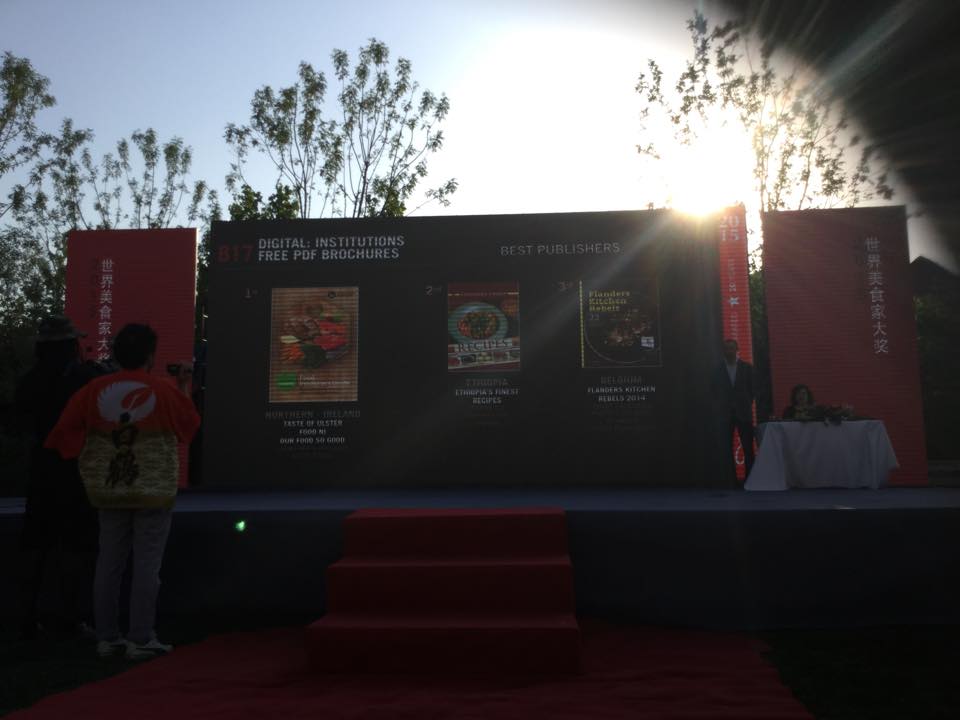 Good morning from Yantai in Shangdong province in China. 9 miles of golden beaches and 35C. It’s the wine area of China and I’ve been to the vineyards, organic farms and seen the port that has been built to take the wine from here across the world. I assure you, the Chinese don’t think small. 205 counties are represented at the Gourmand Awards tonight and Michele Shirlow from Food NI is here and Emmett McCourt. The networking and opportunities are huge here.  Last night was spectacular. Food TV and drinks book awards. The opening by the Chinese to show their culture and country was spectacular and of Olympics quality. Michele and I have been on TV across China and many other countries promoting NI food. Tonight is the GOURMAND WORLD COOKBOOK AWARDS at 4pm China time. We are 8 hours ahead.  NI IS UP FOR 9 awards in the shortlist across food writing, Health, culture, travel etc. Food NI, Viola Dono, Emmett McCourt, Cancer Focus NI and Noel McMeel are all shortlisted. Some in multiple categories. Due to Edouard Cointreau’s visit to NI many global food journalists want to come to NI. A huge global buzz has been made by Edouard about NI. I will video the categories you are in as they come on stage and will upload them to Facebook www.facebook.com/jameswhisk which will post to Twitter @jamesmcintosh as soon as I can.

When you see things please RT and share. Make noise today as NI has done so well as a global food writing place. Best of luck to all. To get so many short lists from NI has been a huge achievement. I’m so proud of you all. Global presidents are here too and we are telling them all “Our Food So Good”

Today I’m giving a talk to the many countries present at the Awards in China about Northern Ireland food.  Many journalists, photographers and food TV companies have approached Michele Shirlow and myself about featuring Northern Ireland in their media, strong opportunities lie with Australia, Brazil, China and France.

I hope you will join me in congratulating Michele, Emmett and Noel in this huge global achievement for Northern Ireland.  What a great start to our Year of Food for next year.

In her acceptance speech (which can be found on my work Facebook page www.Facebook.com/jameswhisk ) Michele presented Mons Edouard Cointreau with a ‘Taste of Ulster’ plaque as a mark of international friendship, Michele Said:

“Food from Northern Ireland has really brought our people together, all of the communities now feel they have something they are really proud of, it’s our vision of the future”.

Michele and myself have been featured on many Chinese TV shows as well as the micro-blogging platform “Wee Chat” and “Webo” in China.

Michele is currently on the very long journey home, I will be staying until Monday to continue to promote NI to Chinese and foreign food media as “Our Food is So Good”.

Thank you all for your support. For more information on the Gourmand World Cookbook Awards please visit www.cookbookfair.com

In October at the Frankfurt Book Fair, there will be a special ‘Best of the Best’ of 20 years of Gourmand, it would be great to have a delegation from NI present.

As the awards finished, a very long treacle table was set up along the beach esplanade with everyone sitting on each side that went for as far as the eye can see with one long piece of dough on it.  We all sat together making dinner as instructed by the Chinese in a celebration of global food. 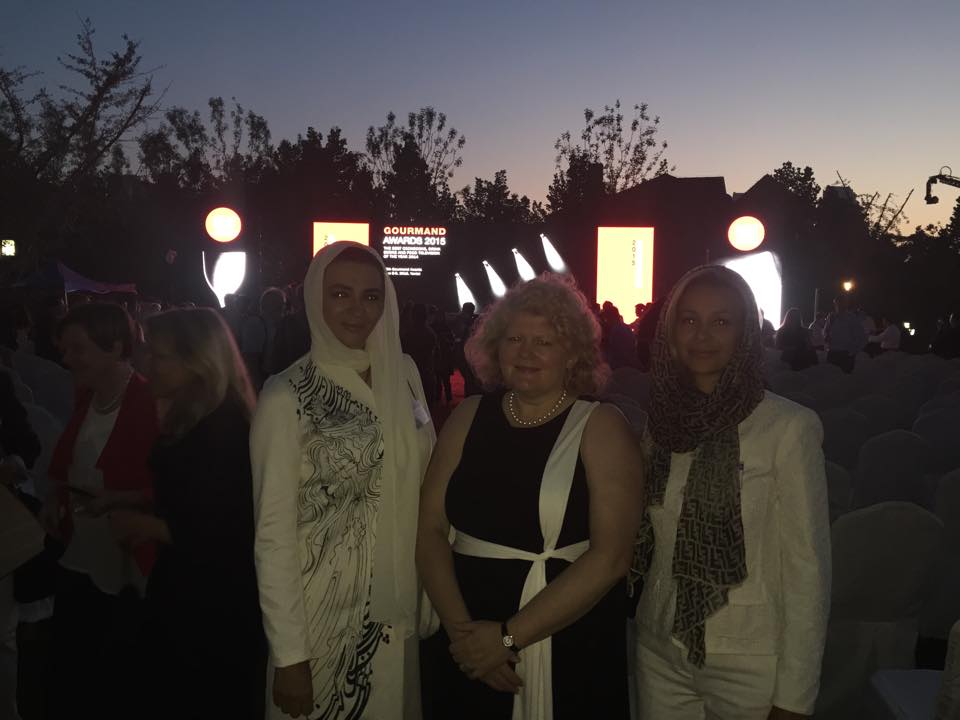