Northern Ireland’s oat miller and cereal producer, White’s, best known for its iconic Speedicook porridge, is among our most successful and innovative food businesses. It has developed an impressive portfolio of porridge oats and oat based cereal products, many of which have won UK Great Taste Awards. 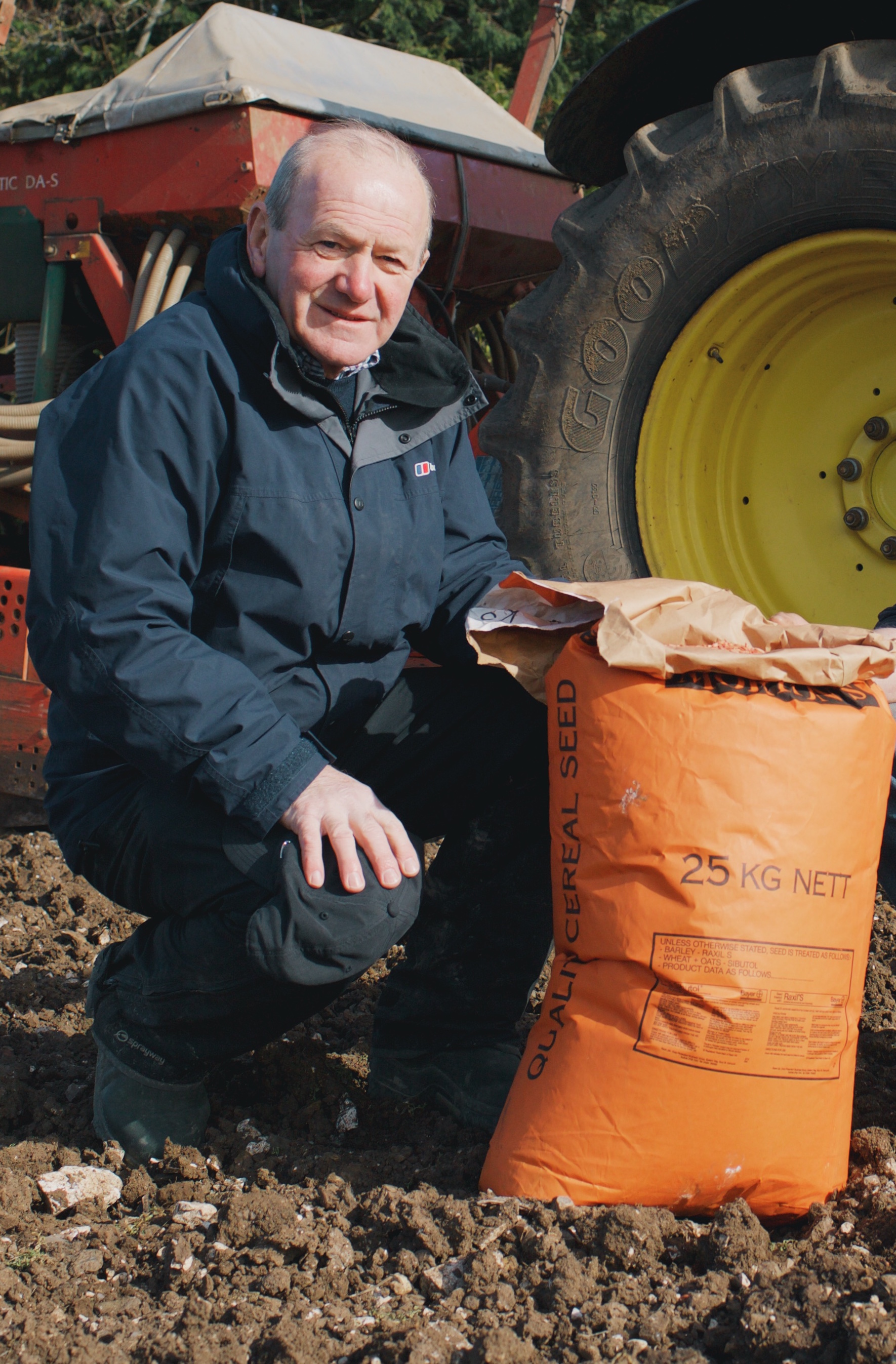 White’s has been milling oats in the same site in Tandragee, Co. Armagh since 1841 and has a rich heritage, tremendous provenance and a devoted following built up over the past 175 years. One of Northern Ireland’s oldest food brands, White’s is now part of the Fane Valley Group in Armagh, the leading local farmers’ co-operative.

Raymond Hillman, an agronomist who heads up the Growing Group at White’s, plays a key role in the company’s strategic focus on quality and innovation through its longstanding collaboration with local growers. He’s also been involved in an extensive research programme to raise the quality standards of crop growing here, to ensure the best oats for White’s and in turn deliver worthwhile rewards for local farmers.

“My approach is based on a conviction that the best way to get results that benefit the producer and growers is by working as closely as possible together. We have access to the latest research from Agri-Food and Biosciences Institute in Northern Ireland, the Home Grown Cereals Authority and University College of Wales at Aberystwyth, a centre of expertise in cereals, and we are passionate about working with our growers to help them to increase their yields and, of course, returns for their commitment and expertise,’’ he says.

“This involves working together in assessing the characteristics of new varieties and in other areas such as nutrition, weed control, soil management, environmental issues, growing and drying techniques and how best to store the harvest. It’s a very exacting and sophisticated business.”

Raymond has a wealth of expertise gained over four decades. He studied agriculture at Greenmount and the West of Scotland Agricultural College, and subsequently gained a masters in marketing and a BA in business studies from Ulster University.

He adds: “Consumers may not be aware of the time, and effort by White’s, and its farmers in the growing and milling of oats to make quality porridge, granola and oat snacks. For instance, we are now using time-lapse cameras to monitor the full growing cycle and provide additional data for our research. It’s another aspect of the authenticity and provenance underpinning White’s products.’’

Oats are sown both in autumn and in early spring. By August the grains are ready for harvesting.

Oats tend to do well in Northern Ireland because of climatic conditions such as the cooler temperatures, longer summer days and higher rainfall that allow the grains to swell naturally to provide a bright plump oat suitable for milling.

“Our focus is on purchasing the best quality oats for White’s milling operation which deliver the unique taste and texture synonymous with White’s porridge oats,” Raymond says. “We look at the quality of the kernel content, the bushel weight and hullability.

“Quality is vitally important as White’s has achieved British Retail Consortium accreditation which focuses on quality at all levels of the business and is an essential requirement for companies wishing to sell to multiple retailers in Britain and abroad.

“The focus on delivering the highest standards from ‘farm to fork’ is crucially important. The ingredients in White’s products are fully traceable and reflect its provenance values.

“White’s porridge oats and oat based cereals are grown to exacting standards which come from the strength of our partnerships with the local farmers who grow our oats.”

White’s Oats is among Northern Ireland’s fast growing cluster of companies successful internationally. The company sells to major retailers in the UK, Republic of Ireland and other parts of Europe as well as Hong Kong, Malaysia, the US, the Middle East. It has developed an extensive portfolio of oat-based products including a variety of porridge oats as well toasted oat snacks and granola.