The five local winners from here were drawn from 20 local entries in the regional heat in June and in the final at Borough Market in London. The awards were chosen in artisan and primary categories: From the Sea; From the Dairy; and From the Field. They were judged by top UK food writers.

Our five winners in the UK final were:

FROM THE SEA (Artisan)

Prue Leith said: “I like the light smoke, great taste and sexy softness” and Karen Barnes added the eels were “meaty and wonderful”.

The society was formed in 1965 to manage the lake and support fishing families. it’s the largest producer of wild eels in Europe and successfully campaigned for the Lough Neagh eel to receive Protected Geographical Indication – a first for Northern Ireland. 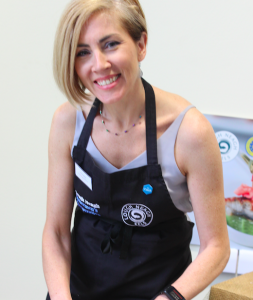 Established by John Rooney in 1975, Rooney Fish is run by son, Andrew. In 2014, the firm opened its own oyster farm at Carlingford Lough, where its award-winning Millbay pacific oysters are raised. Oysters are purified in clean water, cleaned and graded in Rooney’s state-of-the-art plant, and the company exports seafood worldwide. The oysters won the overall title in Blas na hEireann and three stars in UK Great Taste awards.

Lucas Hollweg said the oysters were “a lovely creamy texture, – but with a rockpool freshness and mineral finish”; Prue Leith added “I’ve never had to eat an oyster with two chunks before.” Karen Barnes said they were “ozone-y, huge, outstanding. Creamy, gentle flavour.”

Highly commended in this category was Lough Neagh for its Pollen which has EU designated product status.

Sperrin Blue is a semi-soft pasteurised blue cheese named after the Sperrin mountains, where it’s made by hand with local milk by cheesemaker Julie Hickey and husband Kevin in a custom food unit created in 2012. Sperrin Blue was released in 2014; the range now includes five other cheeses. Dart Mountain is part of Tamnagh Foods, a producer of cereals, relishes and jellies.

Prue Leith described the cheese as having “nice acidity and fresh flavour”. 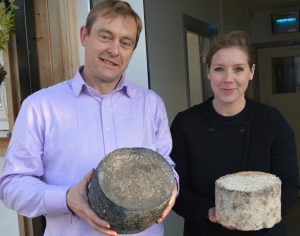 Gizzi Erskine said the goat bacon was “outstanding – the best thing I’ve eaten today”.  And Andi Oliver added it was “better than most pork bacon”.

The goat bacon was developed by Becky and Charlie Cole who began rearing male kid goats at their farm in 2011. Aided by Charlie’s parents and siblings, they also farm free-range rose veal and sell seasonal wild game to promote sustainability and diversity. They host classes at their on-site butchery, run farm tours and goat supper clubs, and have a farm shop and café. 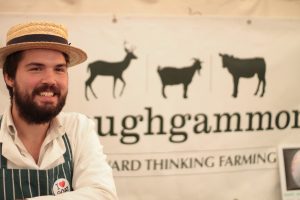 Xanthe Clay said the eggs had a “great rich, savoury yolk”. Lucas Hollweg added “that yolk is what you want yolks to be like – large, but also rich and creamy”. Karen Barnes said they were “buttery and packed with flavour”.

John and Eileen Hall began raising hens in 2002 and now produce 13 million eggs annually, from 59,000 birds across three family-run sites. The Cavanagh Free Range brand was born in 2012 when the Halls began doing all their own grading, packing and deliveries. 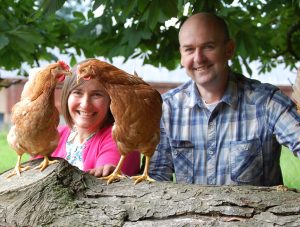