The small company is run by husband and wife team Suzanne and Keith Livingstone. 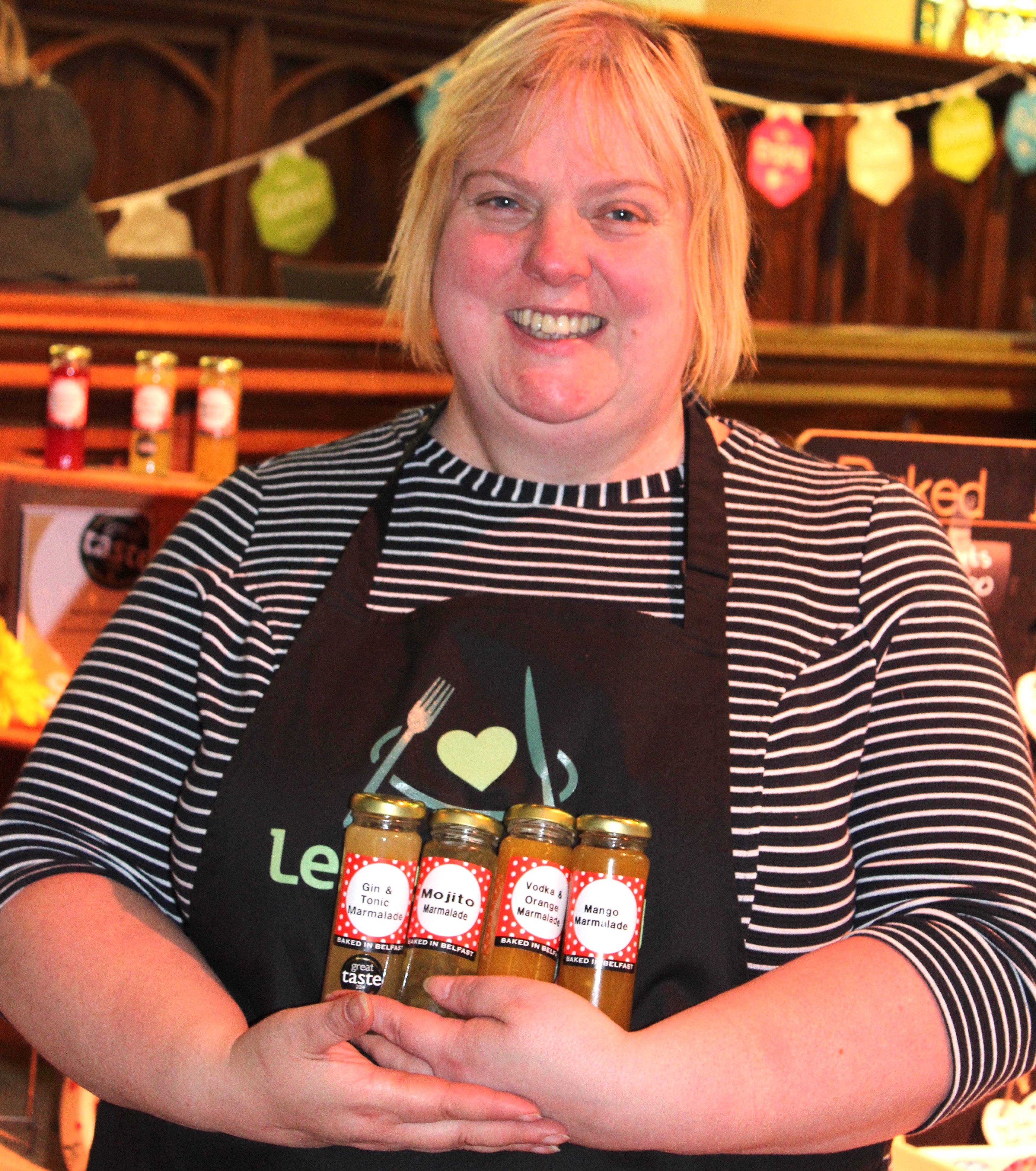 Mrs Livingstone, commenting on the awards, says: “We are delighted to have won so many awards at what is the world’s biggest competition for marmalades.

“The expert judges clearly appreciated our range of highly original flavours. I hope the endorsement in these important awards will be beneficial as we seek expand sales throughout the UK, Ireland and further afield.”
Baked in Belfast was among 3,000 entrants to the awards, held at the historic Dalmain Estate, near Penrith in Cumbria for the past 11 years. It is the world’s premier marmalade competition and attracts entries for most parts of Europe, South Africa as well as the US.
Martin Grant, Managing Director, Mackays, one of the sponsors of the awards adds: “The worldwide appeal of marmalade is undeniable and these awards are testament to that.
“We export our marmalade, which we still make the authentic way using copper pans, all over the world, so we already knew that other countries have an appetite for it. However, it wasn’t until we started supporting this event that we appreciated just how many people in continents such as Asia and the Middle East are making it at home – it’s great to see. Mackays is proud to be supporting this event for another year.”
This year, there are no fewer than 15 categories.