Congratulations to Michael Deane and top chef Danni Barry on being listed among the Top 100 UK restaurants in the recent National Restaurant Awards organised by the influential Restaurant Magazine. It’s tremendous to see one of our excellent restaurants winning such recognition for outstanding food.

The listing is another success which will enhance our fast growing reputation as a gastronomic centre of excellence, a particularly important selling point in our efforts to accelerate the growth in tourism here and its contribution to the local economy.

And it was also good to see one of our smallest food businesses, Dromara’s Abernethy Butter, winning acclaim in the Times and enthusiastic endorsement from celebrity chef Nigella Lawson. The Times featured Abernethy Butter because its hand-rolled products were “doing a roaring trade” in Fortnum and Mason, the upmarket story in London’s Piccadilly. Nigella Lawson wrote that “anything is good with Abernethy Butter”.

Such recognition in Britain, easily our most important marketplace for food and drink, of the quality o 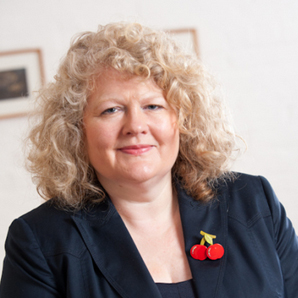 f our food and drink and the culinary excellence of our restaurant scene is immensely important. Why? Because Britain imports a huge amount of food and drink and therefore presents a tremendous market opportunity for both large and small companies here. We certainly need to ensure that any future trade agreements do not undermine existing business and inhibit efforts to grow sales there.

We also draw thousands of business and tourist visitors from Britain. Current Euro exchange rates could encourage more GB residents to consider Northern Ireland as a destination. There could also be opportunities to attract more visitors from the Republic of Ireland.

Britain’s dependence on food imports was emphasised recently in the UK’s “self-sufficiency ratio” – which measures the percentage of indigenous food produced compared to imported food – and showed a sharp decline from a peak of almost 87 per cent in the early 1990s to currently around 60 per cent.

For instance, over 30,000 tonnes of onions, tomatoes and apples are imported every month. In May 2015, furthermore, Britain imported nearly 20,000 tonnes of cauliflower and broccoli, while in April Britons bought over 50,000 tonnes of potatoes from overseas. Over £8 billion of fruit and vegetables are imported.
The National Farmers’ Union has warned that more than half of the UK’s food will come from overseas within a generation, as a rising population and stalling farm productivity combine to erode what remains of the UK’s self-sufficiency.

There must surely be a business opportunity there for Northern Ireland. The Republic of Ireland has been quick to explore steps to protect its existing business and develop new opportunities in Britain following the Brexit upheaval. It has pulled industry leaders together with Bord Bia to develop a plan of campaign to protect a market which is also the Republic’s biggest in terms of food and drink.

Food NI is keen to participate in any measures to co-ordinate all our activities here on initiatives to strengthen our share of what is the single biggest market for our food and drink. What we can bring to any initiative is extensive experience working with food and drink companies on marketing, a strong track record on delivery and extensive contacts with prominent chefs both here and in Britain along with links to influential food and drink writers and journalists.