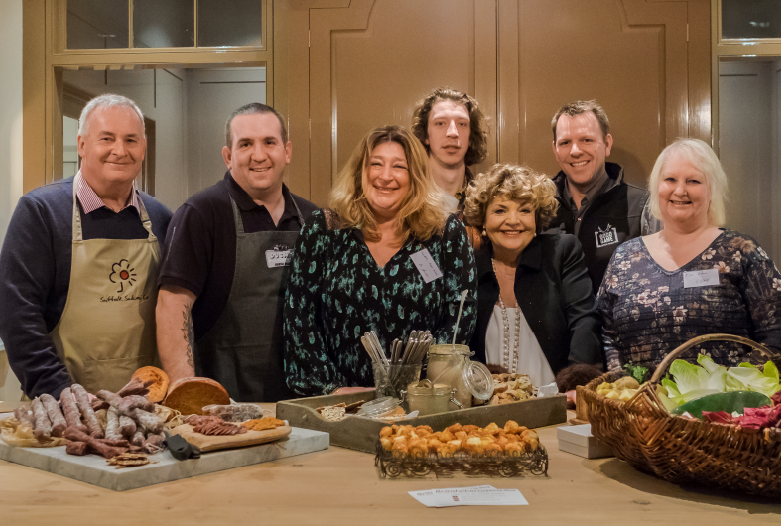 The British Charcuterie Awards will be held on the first day of the BBC Countryfile Live show on August 2nd 2018.

“As British charcuterie is showing such dynamic development, the time is right for all producers, artisanal or larger-scale, to have an appropriate public showcase for their diverse ranges,” said Henrietta Green, addressing the guests, as she called for UK farmers, butchers, producers and chefs to participate.

“For us, it is about celebrating the Britishness, promoting excellence, making the consumer more aware of the variety, choice and endless possibilities of charcuterie. It’s about adding value, reducing waste, finding alternative income streams for farmers and now that we seem to be heading for Brexit – making our own and fighting back the imports.

“And who knows – just as supermarkets boast speciality cheese areas – soon they may have Speciality Charcuterie areas with a vast choice of British producers.”

With well over 100 products already entered within the first three weeks of going live, it promises to be an exciting, wide ranging and interesting contest. 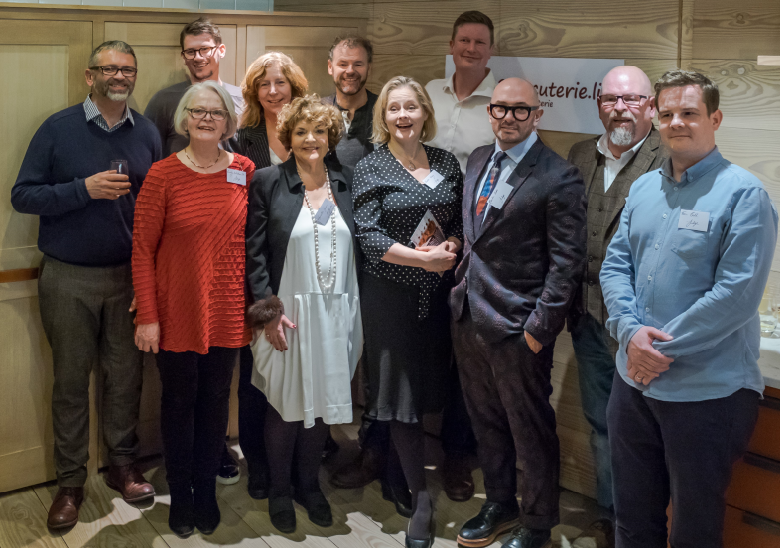 There are nine classes that range from cured and air-dried whole muscle products such as prosciutto to cured and fermented sausages such as salami. British regional products – traditional favourites including Bath Chaps or Lincolnshire Chine – have their own class as do all products made from authenticated rare-breed meats. A Champion of Champions Product and Champion of Champions Producer will be selected from the winners for trophies.

Head Judge John Gower of Quiet Waters Farm also spoke at the launch event: “Henrietta & Charlotte are thorough, dedicated and really do care about getting Charcuterie better known to the British public. And as a charcuterie maker, let me tell you that is important – getting our products in front of customers so they can try what is being made.”

Chef Chris Galvin – “It’s so important to support small producers and artisans and embrace traditional methods of curing and smoking.  These awards will prove to be a path of discovery, we have so much talent in Britain.  It’s also incredibly exciting to nurture young and new talent, and I think these awards are a great way for us to do that.”

Judge and Chef Ben Tish – “For years I’ve only been using Spanish and Italian charcuterie, but my head has recently been turned to what we are producing in Britain.  I’ve been so surprised by the amazing quality of British charcuterie, this didn’t exist four or five years ago and I’m so happy to be involved”

Chef Brian Turner CBE – “Why didn’t we do anything like this before?! For years we’ve been jealous of our European friends but now it’s time to show them what us Brits are made of!”

Head Judge, John Gower – “I was very excited to be asked to be a part of these awards, and even more excited when I saw the approach and the vision. Awards such as this are just what the industry needs, one that is really going to shine the spotlight on the makers, the artisans, the craftsmen.”

Restaurateur, Roberto Costa – “It is amazing to see such wonderful British Charcuterie competing on a global level, it is truly inspirational!”

“The increase in production of British Charcuterie is much more than just mirroring our foreign cousins. Our producers, many of whom rear their own livestock specifically for their charcuterie products, create great-tasting products – some new with distinctly local ingredients and characteristics, and others echoing our heritage. Butchers are re-discovering their traditional skills, pubs and restaurants have also woken up to its popularity and many chefs are now curing their own for serving to their customers,” says Henrietta Green.

The awards judging will be taking place within The British Charcuterie Tent at BBC Countryfile Live at Blenheim Palace, Oxfordshire, which runs from August 2 – 5, and where there will also be Charcuterie for tasting and sale from top producers, and a bar serving Charcuterie boards.   “Where better to make the important connections between farming and food and to encourage visitors to come and learn, experience and taste?” says Henrietta Green.

Throughout the show, The British Charcuterie Tent will reflect this growing trend by celebrating with talks, demonstrations and tastings and running a competition for Britain’s Best Charcuterie Boards, sponsored by Tracklements. Visitors will also be able to shop from Charcuterie producers and snack at the Charcuterie bar.

Class 1 Cured, Air-Dried & Ready-to-Eat Whole Muscle Products – based on the whole muscle these are cured and air-dried products that may or may not be cold-smoked. This class includes traditional product such as Prosciutto-style hams, Lomo, cold-smoked duck breasts or Coppa etc

Class 3 Cured Fermented & Air-Dried Ready-to-Eat Sausage Products – these are traditional salami and other ground meat products that may or may not be cold-smoked.

Class 5 Soft & Spreadable Products – these are made from cured and/or preserved meats. This class includes Pates, Parfaits, Potted Meats and Rillettes as well as products such as ’Nduja, Lard, Sobresada etc.

Class 6 Cured Bacon – these may be green, cold- or hot-smoked but will need cooking before eating. This class includes streaky, shoulder or back bacon as well as rashers from other meats, poultry and game such as beef, duck etc.

Class 8 “House Made” Products – this class includes any cured products made in a restaurant, hotel or pub kitchen by the kitchen staff for serving within their own restaurants and bars

Class 9 Native & Heritage Products – supported by Rare Breed Survival Trust & Slow Food in the UK. Meat used in this class must be traceable and from registered stock pedigree parents. All entries will be authenticated by RSBT. This class is open to all products included in classes 1-8 of The British Charcuterie Awards