L’Derry’s “Browns” has become the first restaurant in Northern Ireland to be included in the prestigious “Ireland’s Blue Book” association of hotels and restaurants. Browns, already named by critics as the best in the northwest and one of the best in Ireland, joins a select handful of Northern Ireland hotels, including the Bushmills Inn, Newforge House and Ardtara Country House, in the elite guide. Ardtara Country House in Upperlands is also owned by Browns owners Marcus Roulston and Chef Patron Ian Orr, making this a double Blue Book feather in their caps. Sallyanne Clarke, President, Ireland’s Blue Book and proprietor of Dublin’s ‘Ecrivain Restaurant said “We are particularly delighted to have Browns, the first restaurant in Northern Ireland, join our collection.”

John McGrillen, CEO of Tourism NI, said “We are pleased to see Browns Restaurant as the first Northern Ireland restaurant invited to join the elite group of properties in Ireland’s Blue Book. This honour is particularly fitting as we approach the Northern Ireland Year of Food and Drink 2016.  Congratulations to Ian Orr, Chef Patron and Marcus Roulston and their team.” 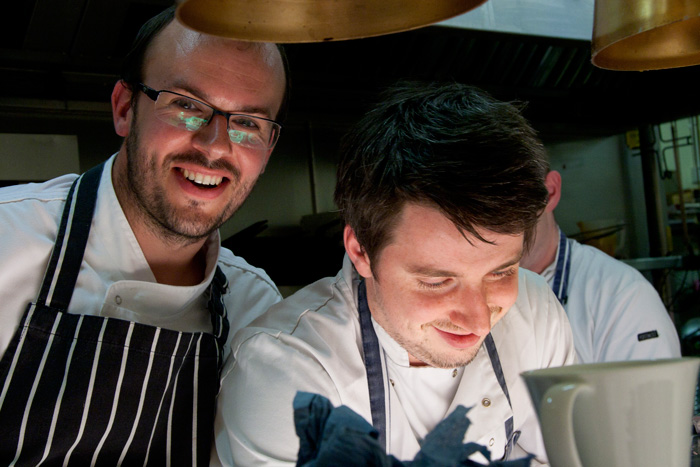 Niall Gibbons, CEO of Tourism Ireland,offered “Congratulations to Browns Restaurant on being the first Northern Ireland restaurant to join the prestigious Blue Book collection. Ireland’s Blue Book has long been known for representing properties of unique and individual style which offer the best in hospitality, so the inclusion of Browns for the first time in 2016 is testament to its high standards and the superb experience it offers our overseas visitors. Ireland’s Blue Book undoubtedly helps to give the island of Ireland significant “stand-out” in the very competitive international marketplace. We look forward to continuing to work closely with Ireland’s Blue Book, to promote Browns Restaurant and all of the other wonderful properties in the collection, around the world in 2016.

Marcus Roulston and Ian Orr, Co Owners, Browns Restaurant said “Browns is delighted and humbled to be Northern Ireland’s only restaurant to have been invited to join the elite collection of hotels and restaurants in Ireland’s Blue Book. This is a gratifying complement to the “Best Restaurant in Co. L’Derry” award received every year from 2010 to 2015 from  Ireland’s Restaurants Association and with our sister restaurant, “Browns in Town”, to be the only two restaurants in the City to be recommended in the Michelin Guide 2016. In light of these awards, Browns is particularly proud of the restaurant’s accessibility to all with arguably the best value for money in the northwest. We thank our loyal customers over the years for their continued support and friendship.”

The addition of Browns bring to 49 the number of boutique hotels, restaurants and country houses in one of Europe’s premier collections — membership of which is notoriously difficult to achieve and highly-regarded as a result.