This morning 20 billboards and a number of Adshels in and around Belfast featured this year’s Sloane 350 Chocolate and Fine Food Festival which takes place under marquee on Saturday 20 and Sunday 21 September at Killyleagh Castle. This is the third biennial chocolate and fine food festival and it gets bigger and better every time and as a result Sir Hans Sloane aka local historian Clive Scoular decided to visit Belfast’s iconic tourist sites to spread the word. He visited Belfast City Hall which is also a European Heritage Open Day venue, Belfast Visitor’s Centre, the wonderful Linen Hall Library, Titanic Centre, Ulster Museum etc and QUB where he was greeted by Killyleagh Festival Chairman Prof Bob Elwood.

Why host a Chocolate and Fine Food Festival and why in Killyleagh? Sir Hans Sloane is the reason he was born in Killyleagh in 1660 and educated here until 1679 when he left to go to London to train as a physician. He travelled extensively in France and graduated at L’Orange before returning to London to begin his career. He became physician to the Duke of Albemarle and travelled with him to Jamaica where he discovered the medicinal benefits of drinking chocolate.  He returned to England in 1689 and later improved the taste of the drinking chocolate by adding milk and sugar. It was this recipe that was later purchased and developed by Cadbury. Just for good measure his wonderful collections of curiosities and antiquities formed the nucleus of the British Museum, the British Library and the Natural History Museum. He was simultaneously President of  the Royal Society and President of the Royal College of Physicians. Throughout his long and illustrious life he benevolently practiced medicine. Although he was physician to Queen Anne, George I and George II he still found time to administer medicine free of charge to the poor and worked tirelessly and without a salary at the newly established Foundling Hospital in London.

The Sloane 350 Group was established in 2010 to ‘Enlighten the populace of Northern Ireland of this great Northern Irishman’s Life and Legacy’ and we are delighted to be supported annually by The Earl Cadogan a direct descendent of Sir Hans Sloane in this endeavour.

Our main sponsor since 2010 has been Finnebrogue Venison the Lynn family’s support has enabled us to promote our heritage and our excellent local produce via our Chocolate and Fine Food Festival. Our location is second to none Killyleagh Castle is the jewel in the Crown of Strangford Lough an AONB and the Rowan-Hamilton family  have been unfailing generous in their support of our festival.  NITB, Down District Council, The Good Little Food Company, Mash Direct,  S D Bells, Callow Events, 3fivetwo Healthcare, Rickety Bridge Wines, Killyleagh Development Association, Simplicity Group, EE, Taste of Ulster and Good Food NI have all rallied to support us and without them our event would not be possible.

This year our charity is The Cancer Fund for Children and all proceeds from our festival will be donated to them.

Adult admission is £5 with accompanied children under 16 years free Come and join us for some some serious fun.

Come and transcend the barriers of time and prepare for some serious fun in the Bawn of the oldest inhabited castle in Ireland. 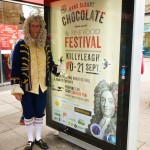 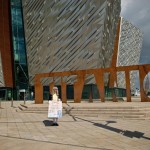 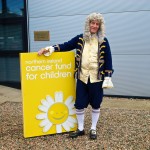 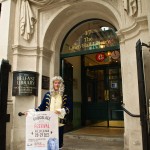 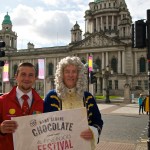