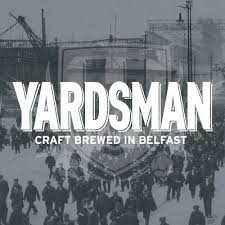 Hercules Brewing Company existed back in the 1800’s, when there were 13 breweries in Belfast.

This is at a time when Belfast was the biggest exporting port on the island and indeed the second biggest in the British Isles.

This was primarily down to the indigenous industries of Linen Making, Rope Making, Ship Building, Distilling and Brewing.

The onset of the industrial revolution however, meant that the Guinness Family were able to invest ahead of the curve and as a result, the powerhouse of brewing became centred in Dublin and the 13 breweries in Belfast disappeared.

So Hercules decided to resurrect this Brewing Company and with it, some of the old traditions of brewing to create a small batch brew lager called Yardsman.

They are the only brewery in the world to filter their beers through Irish Linen, and they do this because this was the way it was done back in the 1800’s so they are true to their roots and their brewing heritage.

The Hercules Brewing Company lease from 1845 – 1855 will be on display in the brewery soon. They believe it was one of the earliest breweries in Belfast, if not the first.