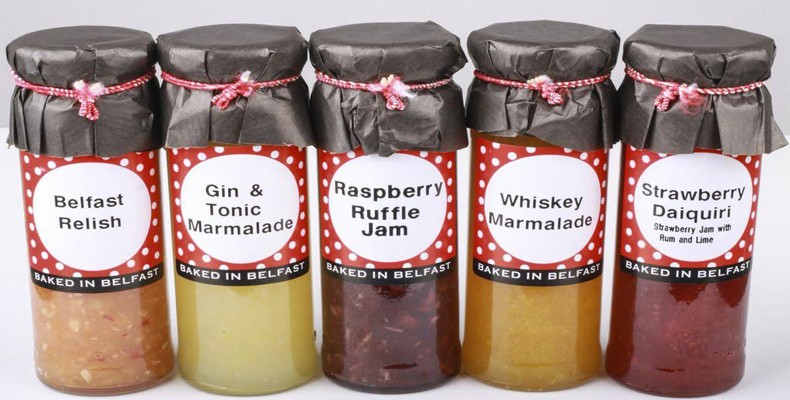 Suzanne Livingstone and her husband create this and other fabulous flavours in a converted outbuilding in their countryside home. They say they love the whimsical life, so you might find a sprinkling of cinnamon or a shot of tequila in their tasty products or a slightly askew look at life in their creativity!

Their tall, thin 100ml jars are like jam-jar cocktails. Totally addictive. They do pottery too. Check out the website.

Baked in Belfast
Enniskillen
Get Directions